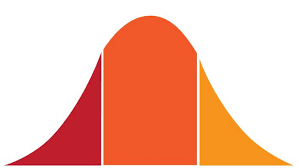 One of my real dislikes is super religious people that try to push their faith on others. Similarly, there are super conservative people that try to impose their angry views. For that matter, conversely, I struggle with people that may pride themselves on how “liberal” they are. To me, each of these positions places them at the end of the bell curve, albeit opposite ends.

It seems like both ends of the conservative vs. liberal or religious vs. atheism spectrum struggle in listening to each other.  I know, it’s difficult when we get so entrenched in the need to be right that we cut off dialogue from others. We may not do this overtly, but do we do it in our own minds, discounting the ideas as ridiculous? Confession here; I struggle with this. If you tell me you don’t and you’re always open minded, well, I suggest you continue to read on (anyway).

I don’t consider myself “religious” or “conservative” but others that know me might. I really don’t like labels, including that of a “Christian” either. Labels are generalizations that we either have to own or not own, and if we own the label then we have to defend it. That includes defending the behaviors and choices of all others that adopt the same label. I prefer not to be lumped into a group. Just take me as I am. The “fruits” in our lives, or the outward manifestations of our heart, provide good evidence, albeit not perfect or complete, of the lives we lead.

We all like to think we’re right. After all, that’s why we take the position to which we cling. I’m also not a proponent of the position that “everyone has his/her own truth”. I do believe there are matters to which there is only one truth. We may not agree on this and likely may not agree on which matters have only one truth. However, I am perfectly comfortable with the idea that you don’t agree with me about this. That’s the point. I must allow you to determine these things for yourself and I must become comfortable in this position.

You can lead a horse

I have worked with addicts and alcoholics for several decades. One “truth” I’ve found is that if the individual isn’t willing to make necessary changes to get clean and sober, I can’t do it for him/her. It just works that way. Even though I’ve found a way to get clean and maintain years of sobriety, other than sharing it with the addict, there’s little else I can do that will matter. Until the addict accepts the truth of his/her position as his/her “truth” and is willing to turn 180 degrees in direction, sobriety is highly unlikely.

I’m embarrassed at the behavior, excessive lifestyles, sexual habits and bigotry that I see exhibited in some people with the moniker of “Christians” or “Evangelicals”. Let’s be clear, this may not be the norm, but a limited number of folks sure make a huge impact (of the wrong kind) on society. Other people, with the same label, started many of our higher learning institutions, hospital, charities, orphanages, hospice centers and homeless shelters. But the behaviors of a few overshadow this.

Just as I am

I rarely identify myself as a Christian any longer. I just don’t want to defend the label. I have continued to dedicate more and more of my life and finances to helping those in society that live in poverty and homelessness. I spend hour upon hour each week in homeless shelters, street corners and under bridges connecting with, providing what aid I can and just loving on those folks that have been called “the least of these”. Jesus taught this so I attempt to follow. I don’t say this to brag. I’m just suggesting that as our ire goes up at someone with which we may have a platform of disagreement, look at his/her life as a means of peering into the heart. Watch the movements, treatment of people unlike this person (of different race, gender, age, nationality) as a gauge. Is there a real selfless love this person exhibits?

And listen. Listen and think about what is said. Yes, you may state your position but then drop the mic. You probably won’t successfully argue another to your position anyway.

How about simply loving them? Let God handle the task of changing his/her thinking?