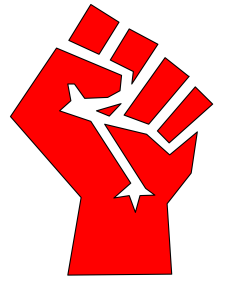 The definition I found online for the term Socialism is “a theory or system of social organization that advocates the vesting of the ownership and control of the means of production and distribution, of capital, land, etc., in the community as a whole.” This is a disturbing concept, for Americans in particular. After all, we are self-reliant and self-made. We take pride in that.

In Acts 4:32-37  there’s a description of how the early Christians lived, seemly communally, sharing what they had with each other. It says they were of “one heart and mind” and felt they didn’t really own the stuff anyway. Verse 35 in the NLT states the new followers of Jesus sold their homes and land, “and brought the money to the apostles to give to others in need”. There it is…”in need”.

I struggle with this. The trouble is in how I describe my giving. Frequently, I state that I am “giving to those who have less”. Is there a difference between those “in need” and those “having less”? Well, if I am one that “has more” and I’m simply giving it to someone having less, isn’t that the utopian view of a redistribution of wealth? Could that be socialism? Just because someone has less doesn’t mean they are in need.

From now on, I’m going to state my objective when giving as “sharing from what we have with those in need” than with those having “less”. I think that’s a more accurate statement when it comes to giving and in line with the Acts 4 system of living

So, how about giving to someone in need today?